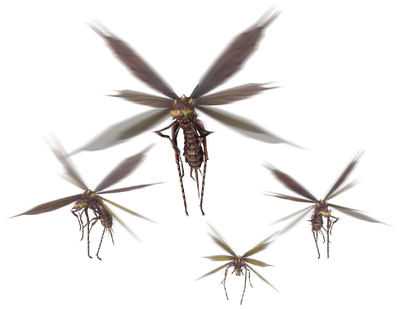 Vespoids are wasp-like insects roughly the size of a housecat. They have barbed stingers at the end of their abdomens, and fly using three pairs of wings.

They are known to be a nuisance for hunters, due to their stings that cause hunters to flinch, resulting in them being exposed to any further attacks. Their stingers are loaded with a neuro-toxin that can paralyze foes.

Vespoids can be found in almost any environment.