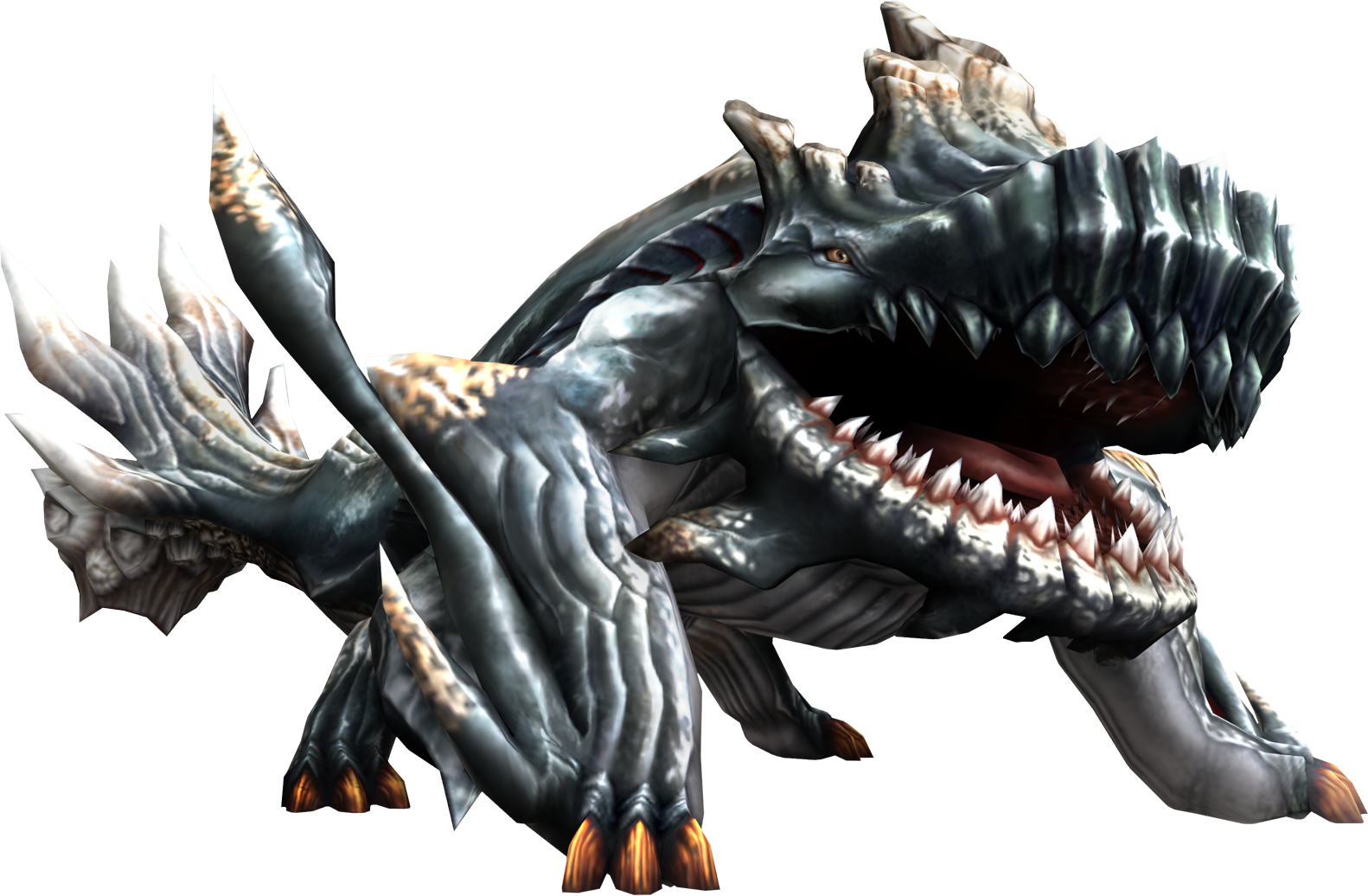 Poborubarumu has a highly developed, whale-like head filled with sharp teeth, much like the Nibelsnarf. Like its closest Flying Wyvern relatives, its wings are used mainly as developed forelegs for walking, and in some cases, burrowing. Poborubarumu is covered in parasitic barnacles, particularly on its head and tail, which it shares a symbiotic relationship with.

Poborubarumu is hostile to many other monsters, willing enough to start a territorial war with them. Being perhaps the largest monster in its environment (its size is on par with Akantor and Ukanlos), it is likely an apex predator.

Poborubarumu is a recent new native to the Highland.